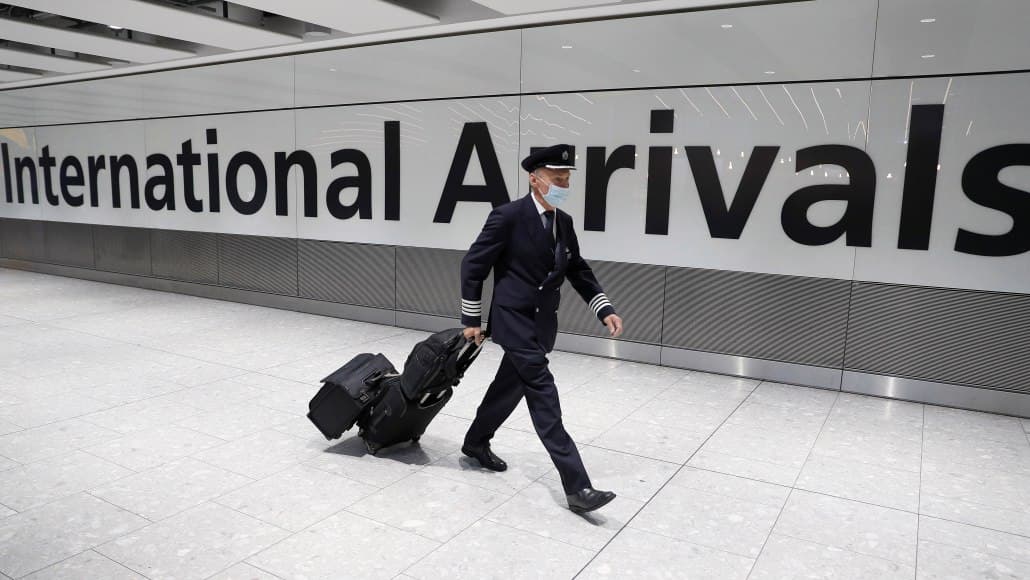 According to T. Wright

Few will demand that governments fully resume travel between countries now, especially given the threat posed by the Delta strain. But the haphazard, one-sided way that countries design, enforce, and maintain travel restrictions - often because they are an easier option than taking other measures to stop the virus - should worry everyone. COVID-19 may never go away, and much of the world may remain unvaccinated for years. But now, few are concerned about what we might lose by being cut off from each other.
Today's limitations are a patchwork quilt behind which it is difficult to see some kind of strategy and scientific calculations. The Biden administration has banned Europeans from visiting the United States, although the European Union and the United Kingdom have higher vaccination rates than the States themselves. Clement Bon, France's Minister of State for European Affairs, recently called Britain's restrictions on his country "discriminatory", "excessive" and "incomprehensible." China and a number of other Asian countries are generally closed to most foreigners.
What are the reasons for this state of affairs?
Officials in the United States, Europe and Asia, on condition of anonymity, point to three main reasons.
First, officials are genuinely wary of options, including Delta, especially given that the number of vaccinations worldwide is still relatively low. For example, half of US residents are not fully vaccinated, and in Asia the number of vaccinated is even lower. Easing travel restrictions now can only increase the number of infections.
Second, the political cost of the restrictions is negligible. Maintaining or tightening travel restrictions is much easier than requiring the use of masks or vaccination passports. The lobby for open international travel - the tourism industry, expats and frequent travelers - is relatively small. Therefore, many governments, including the United States, simply do not seem to care about what they see as a secondary issue.
Finally, officials know that restrictions are full of holes and inconsistencies, but they are easier to maintain than reform. Any restrictions impede travel, and this is exactly the message governments are sending to their citizens.
At the same time, the legal free movement of people is the core of the international modern world order. Thanks to him, millions of students have the opportunity to study abroad. It has led to the creation of cross-border marriages and families, fosters mutual understanding, creates jobs and fosters innovation. Establishing barriers to travel will reduce these connections. It is an act of disengagement - not only from rivals, but also from friends and allies. In addition, governments may find additional reasons to retain some of the restrictions. The US and China, for example, may see a national security benefit in limiting travel between the two countries.
No one would argue that freedom of movement is the most important right to be preserved in the midst of a pandemic. But if we convince ourselves that isolation and self-isolation is more affordable than defeating the virus, we will radically change our world for the worse.