Nuland in Moscow, COVID-19 records: Top 5 events of the week 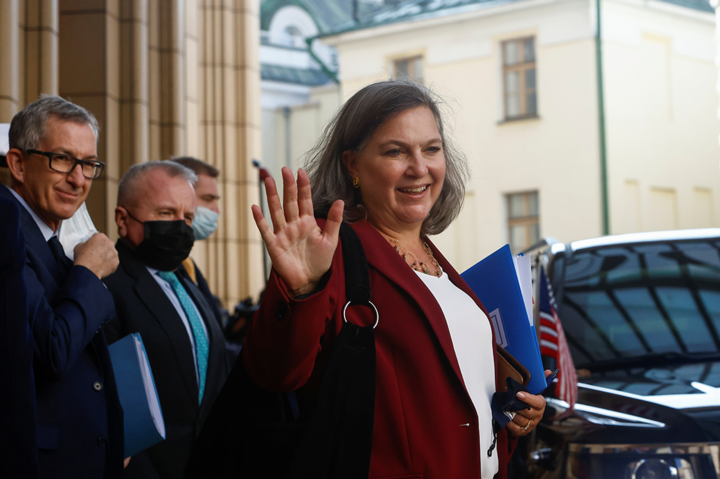 1. On Monday, October 11, Volodymyr Zelenskyy discussed the issue of achieving peace in Donbass with German Chancellor Angela Merkel and French President Emmanuel Macron during a video conference. Preparations for a possible summit of the Normandy Four were also discussed. After that, in the evening of the same day, Merkel and Macron discussed the same issues with Vladimir Putin.

2. On Wednesday, Assistant Secretary of State Victoria Nuland's three-day visit to Moscow ended, where she met with officials, including the "curator" of Donbass from Russia D. Kozak. For this, the Russian Federation excluded Nuland from the sanctions list. The results of the meeting were not disclosed by the parties.

4. On Wednesday, October 13, 18,881 cases of COVID-19 were detected in Ukraine. The number of deaths per day is approaching five hundred. These are record figures in recent years. Five regions of Ukraine were transferred to the "red" zone.

5. On Friday, the Russian Defense Ministry reported that the Russian anti-submarine ship Admiral Tributs prevented the US Navy destroyer Chafee from violating the Russian maritime border. The incident took place in the context of the Russian-Chinese exercises that are now taking place in the region.

Reports of the imminent death of the IMF are greatly exaggerated