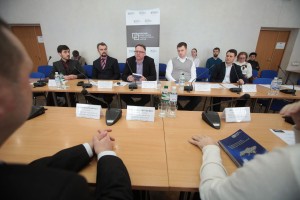 On March 11, 2015 a round table of the Ukrainian institute of global development strategies and adaptation on the topic: "East Ukrainian conflict in the context of global transformations" was held. The round table was devoted to presentation of the eponymous collection of scientific articles, prepared and issued by the Institute.

Purpose of the round table was to discuss the causes of the current systemic crisis in Ukraine, which led to armed conflict in the East of the country, as well as possible ways to end the conflict and its consequences.

The following major issues were brought up for discussion:

The round table was attended by experts of the Ukrainian Institute of strategies of global development and adaptation, as well as representatives of the National Academy of Sciences of Ukraine, the Ukrainian Catholic University, Kiev University named after Boris Grinchenko, Spiritual Administration of Muslims of Ukraine.

The round table was opened by Director of Kiev branch of the Institute, Doctor of Philosophy Alexander Bilokobylskyi. He presented to the scientific community the collection of scientific articles "East Ukrainian conflict in the context of global transformations".

In his opening remarks Alexander Bilokobylskyi said that the collection contains extreme positions and views on the conflict of different scientists from different regions of Ukraine and from abroad. Authors did not try to convince each other, but set themselves a task to describe conflict and all of its manifestations as fully as possible. Collection was also aimed at reducing a degree of confrontation in society in the course of study and assessment of the conflict in eastern Ukraine.

In his turn, expert of the Ukrainian Institute of strategies of global development and adaptation, Doctor of Philosophy, Roman Dodonov noted that the conflict in eastern Ukraine is actually a surrogate or a hybrid war, as informational, axiological and spiritual components are no less important than military force or controlled territory. In contrast to the classical war, where the military component and control of the territory are the main ways to achieve objectives, "surrogate" war starts with informational operations, and at first does not look like war. Also, throughout the conflict it is non-military component (informational, political, psychological, economic) that is the main instrument of war. In surrogate wars the ratio of non-military and military operations can reach 4:1.

In addition R. Dodonov expressed confidence that it is scientific community that should contribute to restoration of peace in Ukraine by means of its research and expert commentaries.

Professor of the Ukrainian Catholic University, Doctor of Philosophy Mikhail Cherenkov stressed the importance of the religious component of the conflict, because religious values and beliefs are the most difficult subjects to rational analysis and apprehension. In his opinion, it is necessary to study points of impact of "fanatical" positions of the opposing sides to find solutions and measures to de-escalate the conflict.

Expert of the Ukrainian Institute of strategies of global development and adaptation, Candidate of philosophical sciences Taras Moshovskyy noted that in most cases researchers lacks objectivity to analyze the conflict as a whole, as the war in the East has touched upon almost every person and sufficient time has not passed in order to study it as a historical fact. In addition, the expert has predicted that the main problem that Ukraine will face after the end of the conflict will be the necessity of forming and implementation of sound policies for reintegration of Donbass into all-Ukrainian context.

Candidate of philosophical sciences Alexander Shtokvish gave definition to the conflict as a multifactorial and multidimensional phenomenon that affects many spheres: from economy and politics to axiological and psychological.

Professor of the Kyiv University named after Borys Grinchenko, Doctor of Philosophy Yaroslav Pasko noted that the conflict in eastern Ukraine, with all its comprehensiveness, is rather a conflict of cultures. Also he referred to the fact, that during the time of independence, Ukraine has failed to develop its own identity as a country.

Academic secretary of the Ukrainian Institute of strategies of global development and adaptation, Candidate of philosophical sciences Ruslan Khalikov, analyzing the typology of the conflict in Donbass, pointed out that different sides of the conflict are evaluating it in different ways. However, despite the difference in definitions of the conflict, it is necessary to search for common grounds to conduct negotiations regarding its settlement.

Also, during the round table it was noted that the conflict was predetermined. According to experts, the conflict had to happen. Nobody wanted it, but all parties pursued their objectives and discarded any possibility of compromise. As a result - armed conflict erupted in Donbass.

Experts have concluded that as long as tension and artificial, in many respects, rivalry between regions of Ukraine remain in the society, further escalation of the conflict is possible. In order to restore peace in Donbass, first of all it is necessary to overcome stereotypes of mass consciousness. 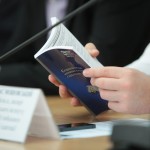 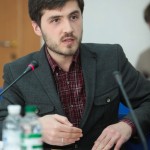 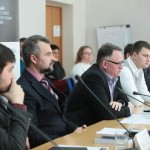 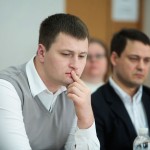 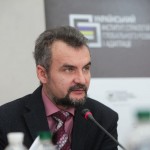 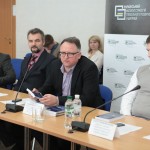 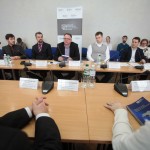 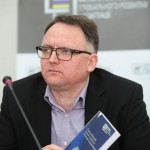