Main » News and comments » 2021 » National Interest: Ukraine is trying to pit Russia and the United States 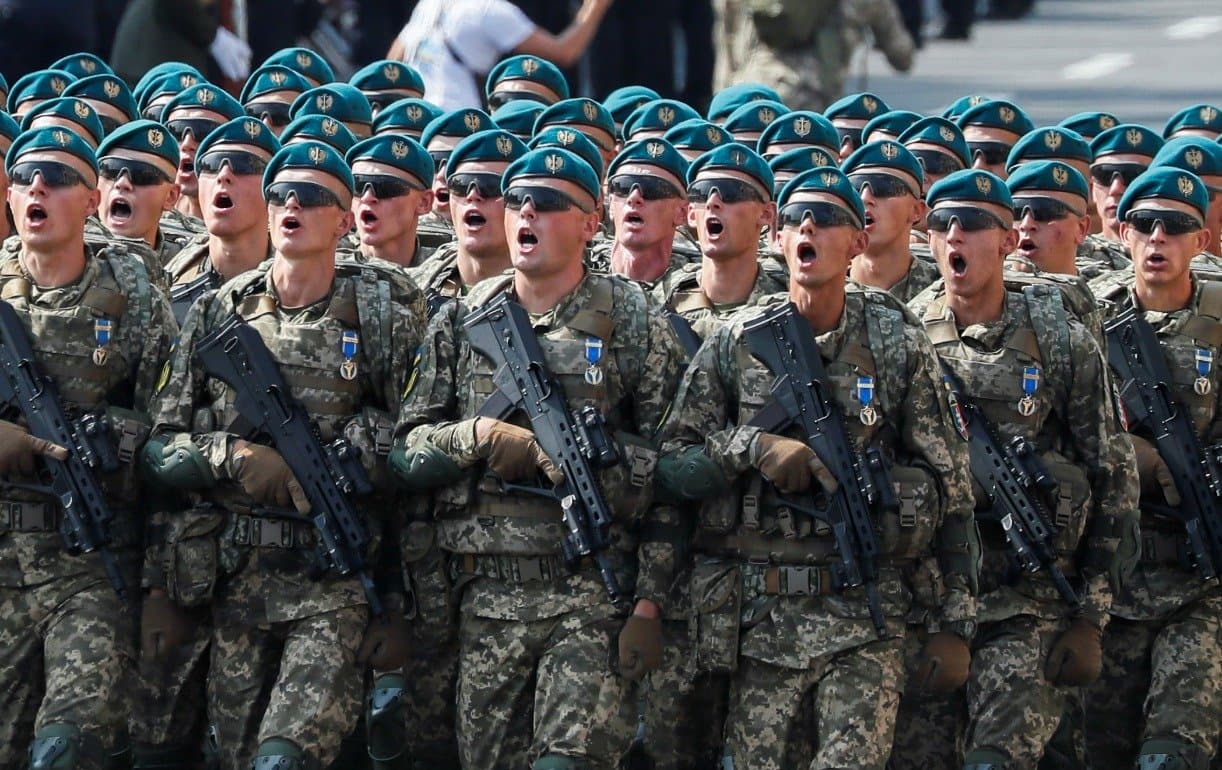 According to G. Carpenter

The presence of Ukraine as a de facto "ally" should cause increasing concern in Washington. The United States has portrayed this country as a peaceful Western democracy seeking to defend its territory and independence from an allegedly predatory Russia. Key assumptions underlying US policy toward Ukraine are flawed. Growing authoritarianism, not a commitment to democracy, marks Kiev's internal governance, while the country's foreign policy is alarmingly hostile to its much larger and more powerful neighbor.
The Zelenskiy government is not only reinforcing the pervasive corruption that has plagued Ukraine since independence, but also reinforcing policies that undermine fundamental civil liberties. Zelenskiy and his supporters argue that restrictive measures are needed to thwart Russian subversion, but now targets include classical liberal forces with no convincing connection to the Kremlin. US leaders face the prospect of supporting a thinly disguised autocracy rather than a democratic government.
While internal trends in Ukraine are troubling, much more troubling is the jingoistic rhetoric and political stance of the leadership in Kiev's relationship with Moscow. This event should be more than a matter of concern to the United States. Despite the fact that Ukraine is not a NATO member and Congress has never been asked to approve any agreement (much less a formal treaty requiring a two-thirds vote of the Senate), viewing Kiev as an official US ally, American officials clearly believe that this country is a security partner. The Trump and Biden administration have approved multiple arms sales to Kiev, US personnel trained Ukrainian troops, and US forces (along with units from other NATO countries) have conducted joint military exercises (war games) with their Ukrainian counterparts on several occasions. In short, the US leadership views Ukraine as a full-fledged ally.
However, Kiev is not really an ally; it is a security system dependent on American support that has a distinctly hostile relationship with Russia. But Ukraine's leaders are not deterred by their country's military restrictions. In late August, Ukraine held its first military parade in several years, marking the 30th anniversary of its independence, and announced that it would regain both Crimea and territories in eastern Donbass. The official document on the country's defense strategy, adopted in March, explicitly includes these goals.
In the spring of 2021, Kiev began the transfer of troops and tanks to the Crimea for military exercises. Russia responded with its own large-scale troop transfers, and a military crisis erupted that could set the US and NATO at odds with Russia. Fortunately, after negotiations, both geopolitical forces began to defuse the situation.
Ukraine is behaving in a similar manner, expecting the United States and NATO to support its bid. Ukrainian officials are counting on more than diplomatic support from their allies in their campaign to confront Russia. In April, Zelenskiy bluntly stated that the only way out of the confrontation is to give Ukraine NATO membership. But such a step would be extremely dangerous. Kremlin officials have repeatedly made it clear that Kiev's NATO membership is crossing the red line. from the point of view of Russia's security and is unacceptable. Ukraine in NATO also means that the United States, in accordance with Article 5 of the North Atlantic Treaty, will be obliged to defend Kiev. It would not be difficult for Ukraine to use the military incident and present it as Russian aggression. Indeed, Ukrainian leaders argue that the annexation of Crimea and Moscow's support for the rebels in Donbas are already acts of aggression.
Continued US support for Ukraine's unrealistic territorial ambitions is unwise and dangerous, as it supports Kiev's bid for NATO membership. Treating Ukraine as an ally poses serious and growing dangers to the American people. The only thing worse than a weak and vulnerable client of security is a weak, vulnerable client who seeks to pursue aggressive policies that he cannot support with his own military resources, and instead expects support from his powerful benefactor. In 1914, Serbia confused tsarist Russia with its reckless ambitions and provoked a large-scale conflict that destroyed its patron. Given Kiev's behavior, Ukraine could become the Serbia of the 2020s. The Biden administration must not repeat the recklessness of the king and fall into such a trap. Washington should free Ukraine and let it fend for itself.

30 years of independence: is everything fine?