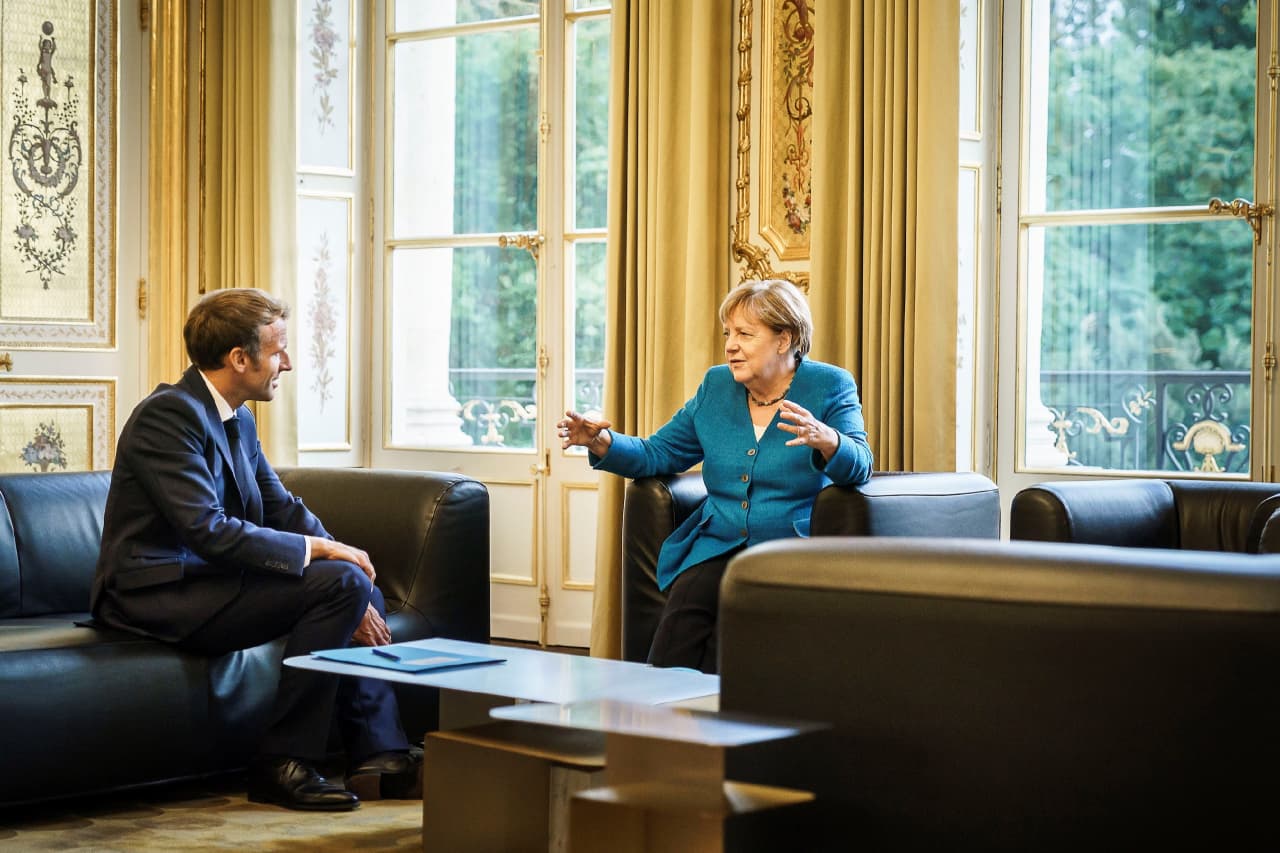 According to Matthias Matthijs

Of course, Merkel's policy was primarily determined by internal decisions for Germany. Memories include, for example, her introduction in 2009 of a constitutional debt brake (Schuldenbremse) to guarantee balanced budgets, or her 2011 decision to phase out nuclear energy following the Fukushima disaster in Japan, and a 2015 decision to abolish EU rules on asylum seekers and open Germany to over one million refugees from Syria and other countries.
In European politics, Merkel pushed for austerity and structural reforms during the eurozone debt crisis, showed determination to complete the Nord Stream 2 gas pipeline with Russia, and agreed to a jointly secured EU debt to minimize the economic impact of the COVID-19 pandemic.
She was often called the standard bearer of liberal democracy and the transatlantic alliance. However, the nickname "leader of the free world" has always been a bit of an exaggeration. It is true that Merkel, compared to populist leaders such as US President Donald Trump, Brazilian President Jair Bolsonaro or British Prime Minister Boris Johnson, looked like the epitome of rational and sustainable leadership. But Merkel was largely guided by what is commonly referred to as "mercantilism" - the systematic priority of Germany's commercial and geo-economic interests over democratic values, human rights and solidarity within the EU.
By directly copying many of the popular ideas put forward by the center-left SPD, including the minimum wage and more generous pensions, Merkel has ably placed herself at the center of German politics that has earned her such powerful electoral support. Most analysts agree that her party, the German Christian Democratic Union (CDU), would have no problem winning the next election if it ran for a fifth term.
Her coherent style and way of accepting the political proposals of her opponents have allowed SPD candidate for chancellor and current finance minister Olaf Scholz to claim that he, and not Armin Laschet of the CDU, is Merkel's true successor. And it seems to be working: the SPD has closed its gap and is leading in most polls. Merkel's sixteen years have shown that taking up the center is the key to success.
The main challenge for the future German leader is to give concrete meaning to the EU's new grand idea of ​​"open strategic autonomy", which is currently the somewhat vague goal of increasing the EU's global influence by strengthening sovereignty. The recent defense agreement between Australia, Britain and the United States, and the US withdrawal from Afghanistan, are two painful reminders to EU members that they need to work together on a common defense policy if they are to be serious players in world affairs. German political elites have so far been reluctant to enter this arena.
Another major challenge is convincing the rest of the world to tackle climate change. Berlin will need to set an example by transforming its industrial machine, which still relies heavily on fossil fuels, towards renewables. Coalition negotiations, which will inevitably be long and difficult, will shed more light on whether the Germans are up to the task.

NI: German liberals are ready to rule the country