Main » About us » Personalities » Levytskyy Victor 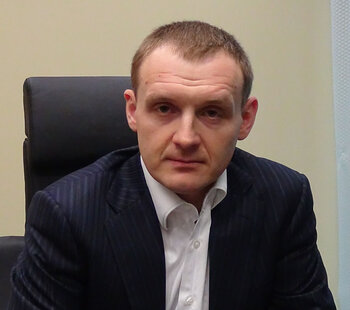 In 2005 he graduated from the Department of Philosophy and Religion Studies of the State Institute of Computer Science and Artificial Intelligence (Donetsk), having received a master’s degree of Religion Studies.

In 2009 he defended his thesis and gained a Candidate philosophical sciences degree in 09.00.03 – social philosophy and philosophy of history on the subject “Identity of modernism: social dimension and Christian origins.”

Author of more than 20 scientific publications.

Philosophical expertise of πολιτικής in the post-truth era

Modernity is becoming a thing of the past. Now in football

MODERN THEMING IN THE DISCOURSE ON INDUSTRIALIZATION

FROM UNIVERSAL MODERNITY TO THE PLURALISM OF PROJECT GLOBALIZATION

"Sociology of ontology": the significance of social aspects of the struggle for the Symbol of Faith at the First Ecumenical Council

Science as a cultural ontology

Modern in the context of the discourse on secularization

SOCIAL CONSTRUCTION OF REALITY: THE ROLE OF ONTOLOGICAL RESPONSIBILITY INSTITUTES

Rationality in the context of the discourse on the Modern

“Ukrainian question” became very important in a strategy, that the United States are implementing after Donald Trump came to power
Read more

Not denying the tragedy, but looking at the details
Read more
Read more

GLOBALIZATION AND ITS IDEOLOGICAL BORDERS

Three scenarios that will lead to the same one ending

Today, even the sincere feelings of the best citizens of the country are burned to the ground without the hope of improving the situation
Read more

The West is Reason. The dimension that characterizes the West and which we lack most today
Read more

Today, on the eve of Easter and May Day I want to summarize the big Roman conference organized by our Institute and suggest splitting the summary into two parts: formal and substantive
Read more

Cuple of years ago, the country finally got rid of the hated corrupt officials. Hence, as the revolutionary tradition establishes, it began to live in a new way. We carried out successful lustration, started uncompromising de-communization
Read more