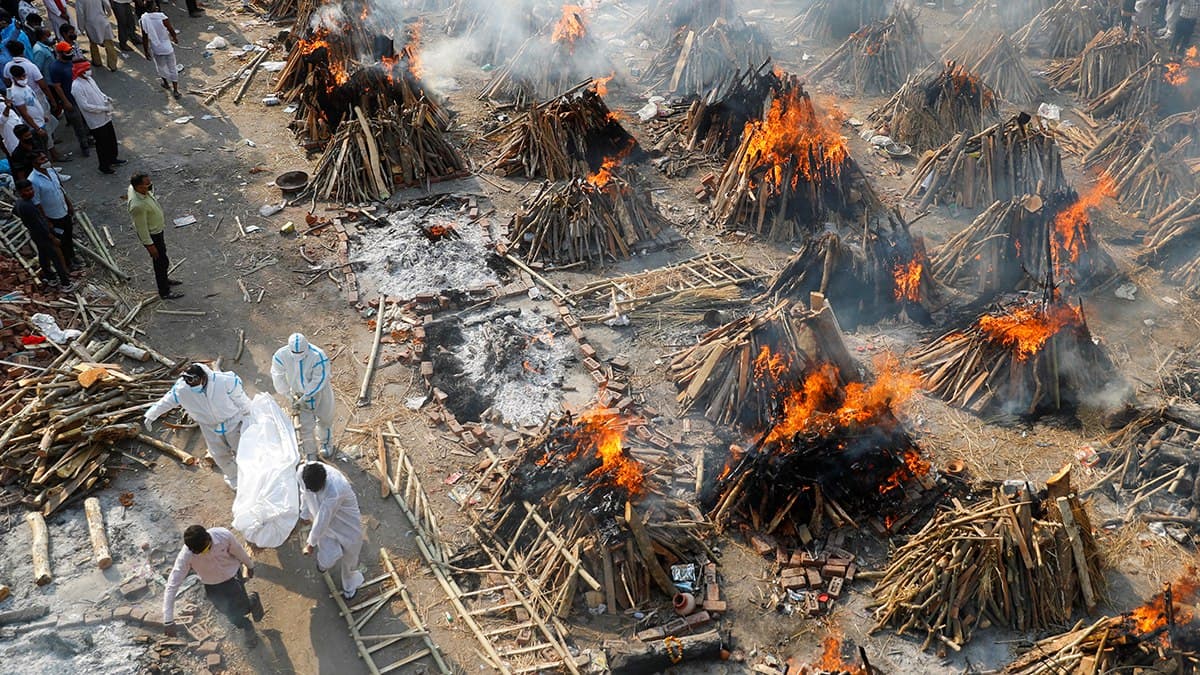 Scientists studying the spread of COVID-19 have found that the scale of the pandemic appears to be grossly underestimated. According to experts who track excess mortality, in some countries, the number of real deaths above the expected number, based on statistical averages over the past years, is hundreds of thousands of cases.
Countries that have experienced severe outbreaks provide typical, but very impressive, examples of the challenges of obtaining accurate estimates and the policies based on them:
India. At the height of the pandemic's devastating wave, the world's second-most populous country is losing about 4,000 people a day, according to the health ministry. But journalists and medical experts say there is a massive underreporting, detailing reports from crematoria executives instructing workers not to list COVID-19 as the cause of death. Prime Minister Narendra Modi's government has been accused of downplaying the severity of the disease and failing to coordinate a national response that includes rigorous testing.
Brazil. The country has recorded almost fifteen million cases of COVID-19 and more than four hundred thousand deaths, which is 13 percent of the total deaths from coronavirus in the world, despite the fact that Brazil is home to only 3 percent of the world's population. However, analysts say these numbers are underreported due to a lack of tests and problems tracking COVID-19 deaths in the favelas of Rio de Janeiro and other cities where millions of poor people live.
Russia. Throughout the pandemic, the coronavirus task force in Russia has claimed extremely low mortality rates compared to other countries, which many foreign observers dismissed as implausible. But in early 2021, the national statistics office reported that there were more than 160,000 deaths from COVID-19 in 2020 - significantly more than the target group's total death toll.
United States. In the country with the world's highest total number of infections and deaths, the most cited databases are maintained by the Centers for Disease Control and Prevention (CDC), to which states and other jurisdictions report their estimates, and by Johns Hopkins University. However, in a new study from the University of Washington, scientists estimate that more than nine hundred thousand people have died from COVID-19 in the United States, more than 50 percent higher than the CDC and Johns Hopkins University estimates.
Underestimating the number of cases and the number of deaths has real consequences for the reaction of the leaders of the countries. Governments may not direct funding and other resources to an area in need if the virus poses a relatively small threat there.
At the same time, erroneously low scores - due to lack of testing or, in some cases, pressure or from government officials - can affect human behavior. If people feel that the risk of contracting COVID-19 in their community is low, they may choose to interact more with others, which could increase the overall burden on health systems and national budgets.

Blinken visited Kiev, India is a covid disaster: Top-5 events of the week

CITY OF THE XXI CENTURY VS CITY OF PANDEMIC: RESULTS OF A DECADE