Main » News and comments » 2021 » Religious procession of the UOC, Zelensky and Poroshenko argue with Putin: Top 5 events of the week

Religious procession of the UOC, Zelensky and Poroshenko argue with Putin: Top 5 events of the week

Religious procession of the UOC, Zelensky and Poroshenko argue with Putin: Top 5 events of the week
1240
Administrator Administrator 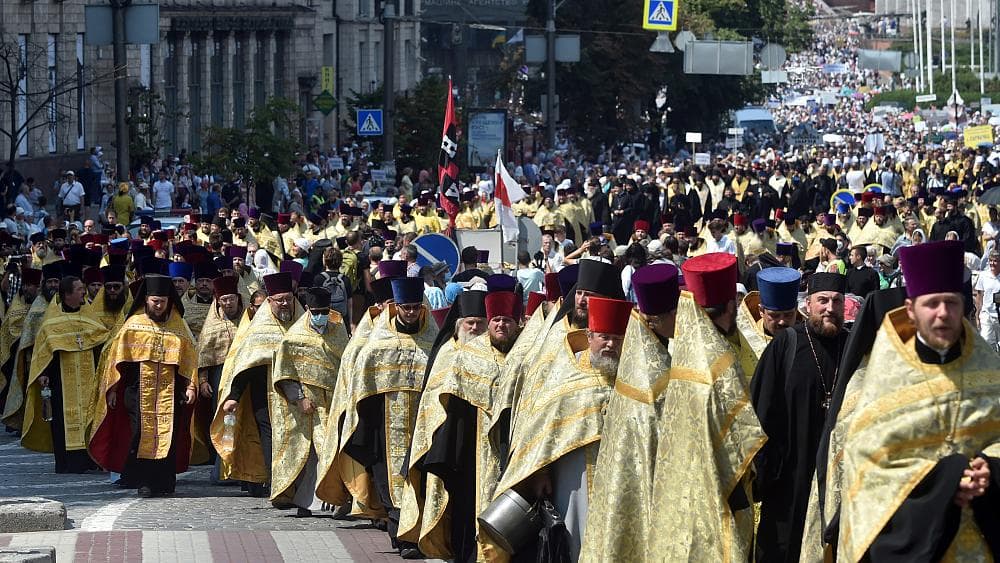 1. In Kiev, on July 27, on the occasion of the 1033th anniversary of the сhristianization of Rus, the believers of the UOC took part in a prayer service on Vladimirskaya Gorka and a procession of the cross to the Kiev-Pechersk Lavra. According to various estimates, from 55 to 350 thousand people took part in the event.

2. Abducted in the spring in Moldova, former judge Nikolai Chaus was found in the Vinnitsa region. At the same time, during the transportation of Chaus to Kiev, NABU employees staged a chase after the SBU cars, in which, according to their information, the fugitive judge was transported.

3. The fifth and sixth presidents of Ukraine responded to V. Putin's article. In particular, V. Zelensky said that Ukraine is the heiress of Kievan Rus, and Russia is her "cousin nephew."

4. During the first week of the 2020 Olympics in Tokyo, the Ukrainian team received 6 medals. In particular, the first racket of Ukraine Elina Svitolina won a bronze medal in the women's tennis tournament on Saturday.