Chinese rover reaches the surface of the Red Planet 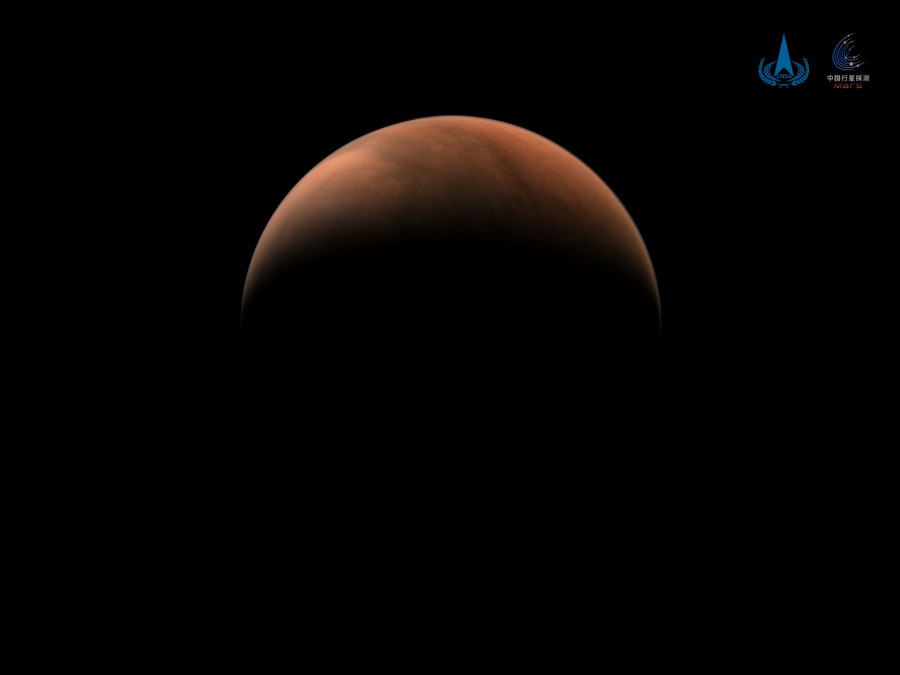 The lander with China's first rover landed on the red planet, China's National Space Administration (CNSA) confirmed on Saturday morning.
This is the first landing of a Chinese interplanetary spacecraft on another planet.
"Tianwen-1" is a Chinese automatic interplanetary station (AMS), consisting of an orbiter (satellite of Mars) and a descent vehicle, the payload of which is the six-wheeled Mars rover "Chzhurong" (God of fire).
The Tianwen-1 was launched on July 23, 2020 using the Changzheng-5 heavy launch vehicle from the Wenchang cosmodrome on the coast of the island province of Hainan in southern China. The Tianwen 1 spacecraft reached Mars on February 10, 2021. This event was the first Chinese interplanetary mission to explore the solar system, with the aim of entering the orbit of Mars, landing a special module on its surface and exploring the red planet.
The spacecraft entered Mars orbit after nearly seven months of travel in space and spent over two months exploring potential landing sites.
The main task of the Tianwen-1 project is a global survey of Mars from an orbiter and a detailed study of one area of ​​the planet using a rover, including mapping the morphology and geological structure of the planet, studying the characteristics of the surface layer and the distribution of water ice in it, analyzing the composition of surface materials, measuring parameters of the planet's ionosphere, electromagnetic and gravitational fields and obtaining information about the climate of Mars.
After the Tianwen-1 spacecraft landed on Mars, two research complexes from Earth, a Chinese and an American, are simultaneously operating on this planet.