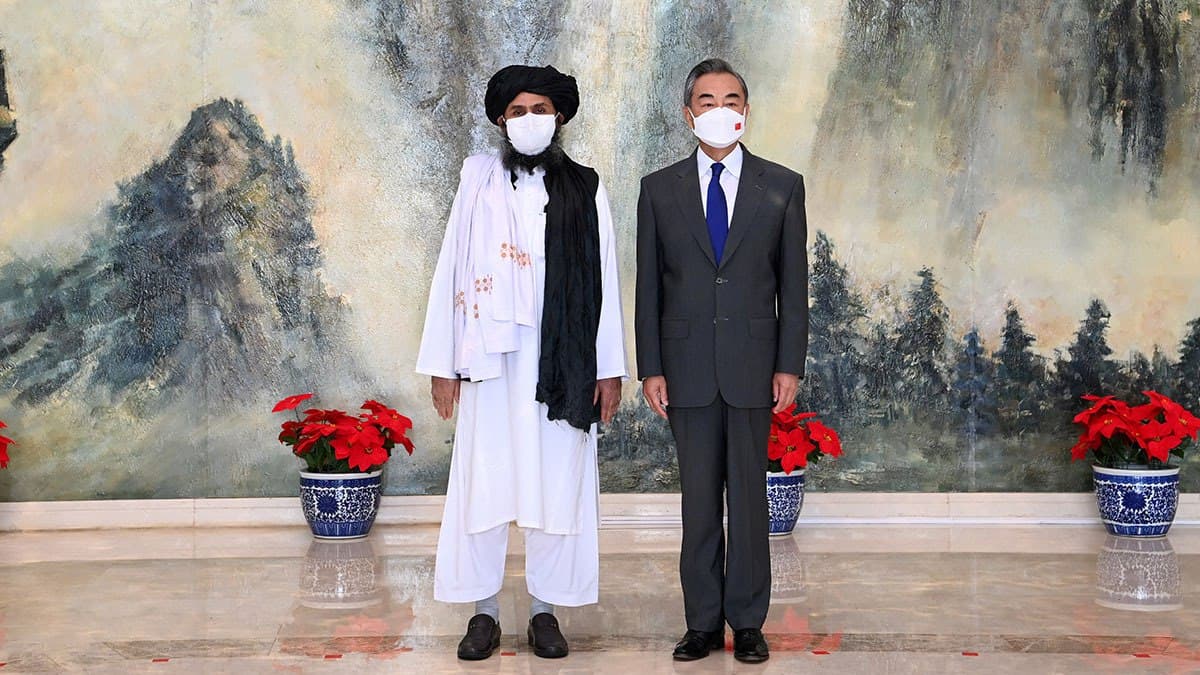 According to J. Johnson

Even before the Taliban took control of Kabul, China began deepening diplomatic relations with the group, hosting a Taliban delegation in July. Since then, Chinese officials have said Beijing respects the Afghans' right to decide their future, implying that a Taliban victory reflects the will of the people.
Beijing's relationship with the Taliban will be twofold. First, they will be pragmatic. China will push for a resurgence of business ventures inside Afghanistan, which the Taliban are likely to support because the investment will generate badly needed revenues. Afghanistan's economy is fragile and highly dependent on foreign aid from Western donors, which will almost certainly end.
Secondly, the relationship will depend on the fact that each side does not interfere in the internal affairs of the other side. For Beijing, this means that the Taliban cannot export extremism to China's troubled region of Xinjiang, which shares a border with Afghanistan, or condemn the Chinese government's policy towards Uighur Muslims in the region. For the Taliban, this means that China will not question human rights abuses in Afghanistan if Chinese citizens are not involved.
Chinese policy remains opaque, but it is clear that one influential faction in the ruling apparatus believes that the United States and the West are in decline. This kind of thinking is seen in Chinese think tanks, academia, and government. This is not certain, but those who, for example, advocated cooperation with the United States in Afghanistan, will be weakened, while those who believe that the West is in decline will, on the contrary, be strengthened.
It will also become easier for China to argue that the United States is unreliable when it comes down to it - it speaks well, but will leave when it loses interest. Those in China who have warned that the chaos of the past few years has been caused mainly by one unusually disorganized administration will find their voices weakened as well. Instead, it will be easier to argue that the United States is in a state of secular decline.