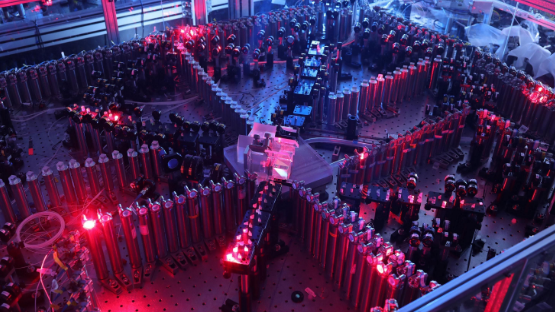 The research team, which includes renowned Chinese physicist Pan Jianwei, announced on Friday a significant breakthrough in computing. The team created a prototype quantum computer called Jiuzhang, which registered up to 76 photons. The study was published in the online journal Science. This achievement marks China's first milestone on the road to full-scale quantum computing and quantum computing advantage (“quantum supremacy”).
According to the team, no traditional computer can complete similar tasks in a reasonable amount of time, and no amount of upgrades to classic computers will affect the gap. The study used the classical Gaussian boson simulation (GBS) algorithm, which allows high-speed quantum computing to solve some well-defined problems.
The average number of registered photons by the prototype is 43, while up to 76 output photon clicks were observed. The Jiuzhang quantum computing system can run 100 trillion times faster than the world's fastest supercomputer. The team also said the new prototype is 10 billion times faster than the 53-qubit quantum computer developed by Google.
“The quantum computing advantage is like a threshold,” said Lu Chaoyang, a professor at the China University of Science and Technology. "When a new prototype of a quantum computer surpasses the capabilities of the strongest traditional computer in solving a specific problem, it will help make breakthroughs in various fields."

China's economy is the first to enter the digital era