Main » News and comments » 2021 » China and Greece are getting closer. USA starts to worry

China and Greece are getting closer. USA starts to worry 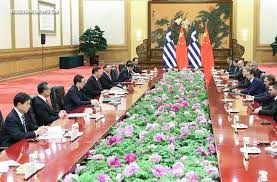 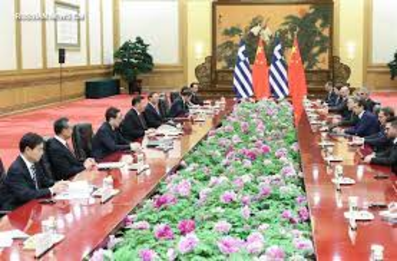 According to S. Graziosi

During a recent telephone conversation with Chinese President Xi Jinping, Greek Prime Minister Kyriakos Mitsotakis accepted an invitation to attend the opening ceremony of the 2022 Olympic Games in Beijing. This undermines a recommendatory resolution recently passed by the European Parliament urging EU officials to skip Beijing's official events in response to gross human rights violations in China. Mitsotakis and Xi also reaffirmed their willingness to expand trade, investment and cultural cooperation.
The Greek prime minister's recent initiative was not one-off. Mitsotakis held a summit last September with Yang Jiechi, a member of the Politburo of the Central Committee of the Chinese Communist Party, stressing the need to strengthen their bilateral ties. In 2019, Xi paid an official visit to Athens, where he met with Mitsotakis and then with the President of Greece Prokopis Pavlopoulos. Greece is a member of the 16 + 1 Group, a Chinese initiative to develop business and investment ties between Beijing and sixteen countries in Central and Eastern Europe. Greece also has two Confucius Institutes: one was founded in 2009 at the Athens University of Economics and Business; another, opened in 2018, at the Aristotle University of Thessaloniki.
Unsurprisingly, Beijing wants closer ties with Athens. A sustained presence in the Mediterranean Basin could strengthen its commercial, trade and economic influence through the Belt and Road Initiative. Greece is also a channel of influence in the Balkans, which China has long viewed as a potential foothold in South Central Europe.
This positioning brings Beijing's influence closer to the "doorstep" of the European Union and NATO, where China's influence can be used to advance interests further north and west. For these reasons, Mitsotakis's early decision to attend the Olympics opening ceremony is troubling. Is this evidence that China's soft power is softening Europe?
However, there are concerns about hard power as well. While NATO expresses growing concern about China, Permanent Representative of Greece to NATO Spyros Lambridis stated that “[we] strategically choose the best opportunities for our country, as part of our commitments to the main organizations, which are the EU and NATO. ... [So we] joined the Belt and Road Initiative on a very specific project and in a very specific perspective, not looking at it as a strategic relationship with another partner, but we are not going to abandon it just because others are doing it. ".
This is just an attempt to disguise the harsh truth. China's influence in Europe is calculated to achieve Beijing's long-term strategic goals that go far beyond economic benefits. Countries like Greece, which handed over control of a major European port to Beijing by allowing the Chinese shipping giant COSCO to buy 51 percent of the port of Piraeus, are actually helping. It is becoming increasingly difficult for them to say no to Beijing, which makes it increasingly problematic for them to maintain their sovereignty.

Opening of the 2020 Olympics and "Treachery" on Nord Stream 2: Top 5 Events of the Week