Catastrophe in Germany, "Moscow law" came into force: Top 5 events of the week 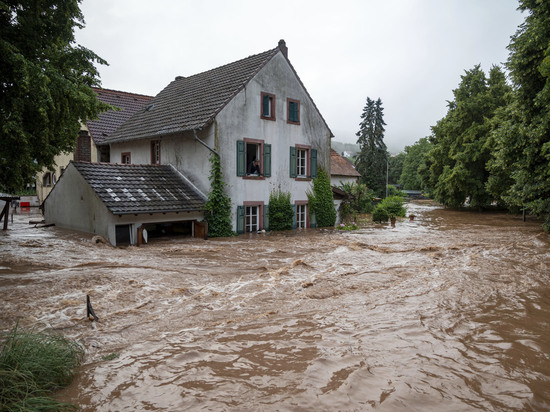 1. On Friday, July 16, Article 30 of the Law of Ukraine "On ensuring the functioning of the Ukrainian language as the state language" came into force in Ukraine. According to the article, all service providers, regardless of their form of ownership, must communicate with clients in Ukrainian.

2. Heavy rains that hit the west of Germany on July 14-15, caused a severe flood, which was called the most destructive natural disaster since the Second World War. The epicenter of the disaster was the two German federal states, Rhineland-Palatinate and North Rhine-Westphalia. Hundreds of houses, infrastructure were destroyed, about 150 people died, many were missing.

3. On Tuesday, July 13, it became known that the Minister of Internal Affairs Arsen Avakov, who had been in this post since 2014, had submitted a letter of resignation. On Thursday, the Verkhovna Rada voted for his resignation and appointed Denis Monastyrsky, a "servant of the people", as the new Interior Minister.

4. US President Joe Biden and German Chancellor Angela Merkel on Thursday, July 15, following a meeting in Washington, signed the "Washington Declaration". The document speaks of the creation of a "German-American Forum of the Future" and an "economic dialogue".

5. For the first time in more than 60 years, on Monday, thousands of protesters took to the streets in about twenty cities in Cuba, chanting "Freedom!" and "Down with the dictatorship!" Cuban President Miguel Diaz-Canel has called on his supporters to also take to the streets to confront the protesters.

Will Kuleba & Co. be able to force NATO to take Ukraine

Thanks to flexibility, Serbia has become one of the leaders in vaccination in Europe