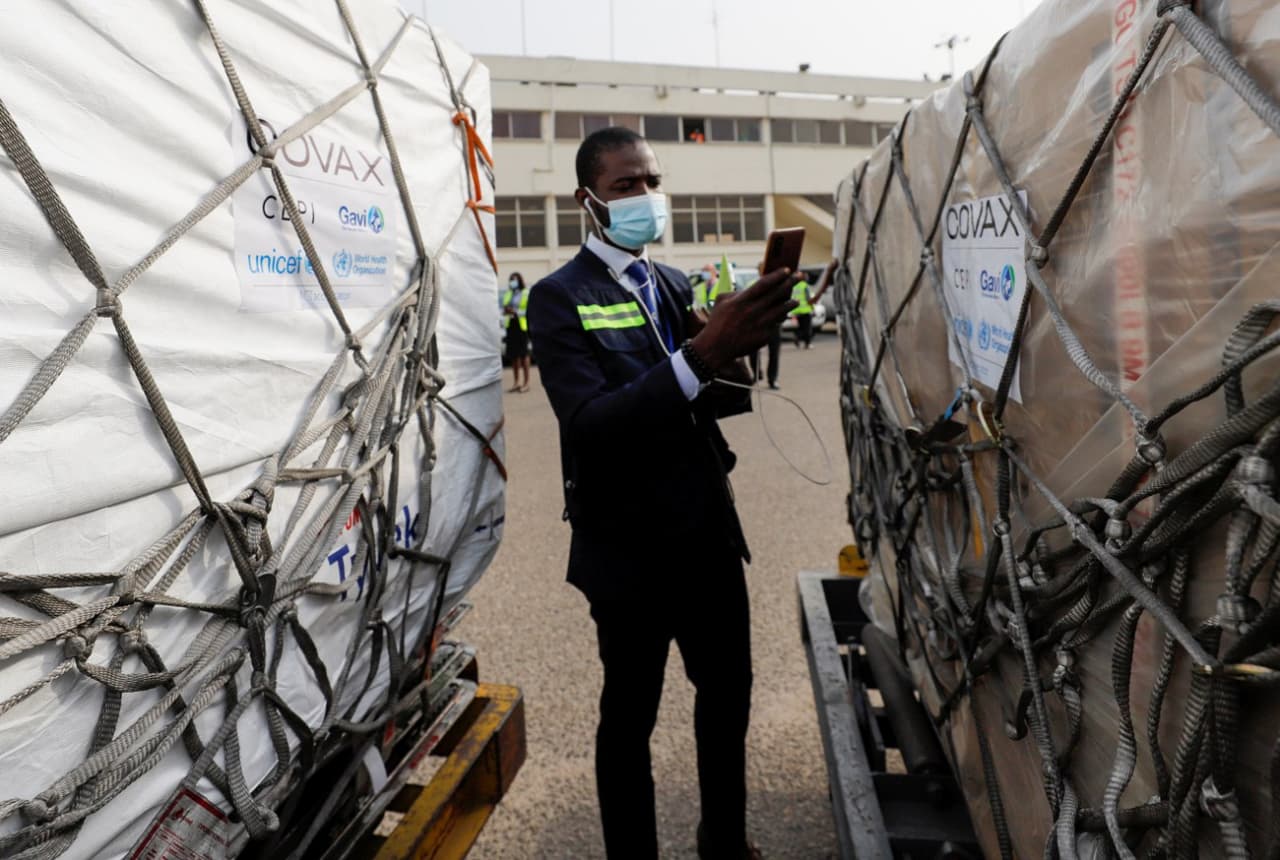 The world's first shipment of COVAX Facility vaccine has arrived in Ghana, providing the West African country with six hundred thousand life-saving doses of Oxford-AstraZeneca. According to Ghana's Ministry of Information, the first doses of the vaccine have already been given a priority to health workers at the forefront of the fight against the disease, as well as to people over sixty years of age. The mass vaccination campaign kicks off on March 2.
“The Ghanaian government remains committed to ensuring the well-being of all Ghanaians and is making great efforts to procure adequate vaccines to reach the entire population through bilateral and multilateral arrangements,” said Acting Minister of Information of Ghana Kojo Oppong Nkrumah.
More than eighty one thousand coronavirus cases and five hundred and eighty related deaths have been reported in the country, according to the latest data compiled by the Ghana Health Service.
“Today marks the historic moment for which we have planned and worked so much. With the first batch of doses, we can deliver on the COVAX promise to ensure that people from less affluent countries are not left behind in the race to vital vaccines, ”said UNICEF Executive Director Henrietta Fore. “The next phase of the fight against this disease may begin - the intensification of the largest immunization campaign in history. Every step along the way takes us further along the path of recovery for the billions of children and families affected by COVID-19 around the world.”