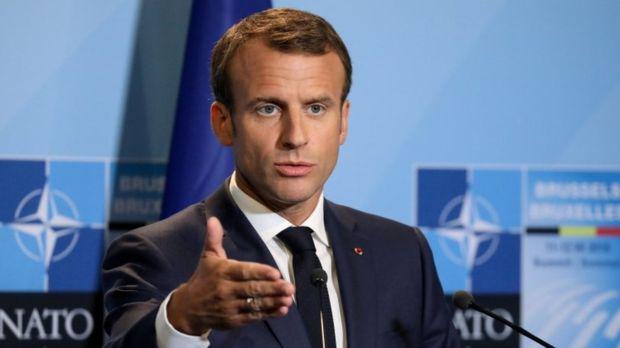 Macron also doubted that NATO today provides collective security for alliance members.
German Chancellor Angela Merkel said she did not agree with such a categorical statement by the French president.
"Now we are dealing with NATO, whose brain has died out," he told the Economist. He also warned European countries of NATO that they could no longer expect the United States to come to their aid if necessary.
The North Atlantic Treaty Organization (NATO) was created at the very beginning of the Cold War to ensure the security of Western Europe and North America. The fifth article of the NATO charter states that an attack on one member of the alliance will be considered an attack on all other members. However, President Macron said he doubts the reality of these guarantees.
"The alliance can only function if its main guarantor takes its role seriously. I would say that we should reconsider the functions of NATO in the light of uncertainty regarding US actions," the French president added.
He called on Europe to look at itself as a geopolitical force, in order to thus control its own destiny.

Read also: Immorality in politics: a private matter or a country's problem