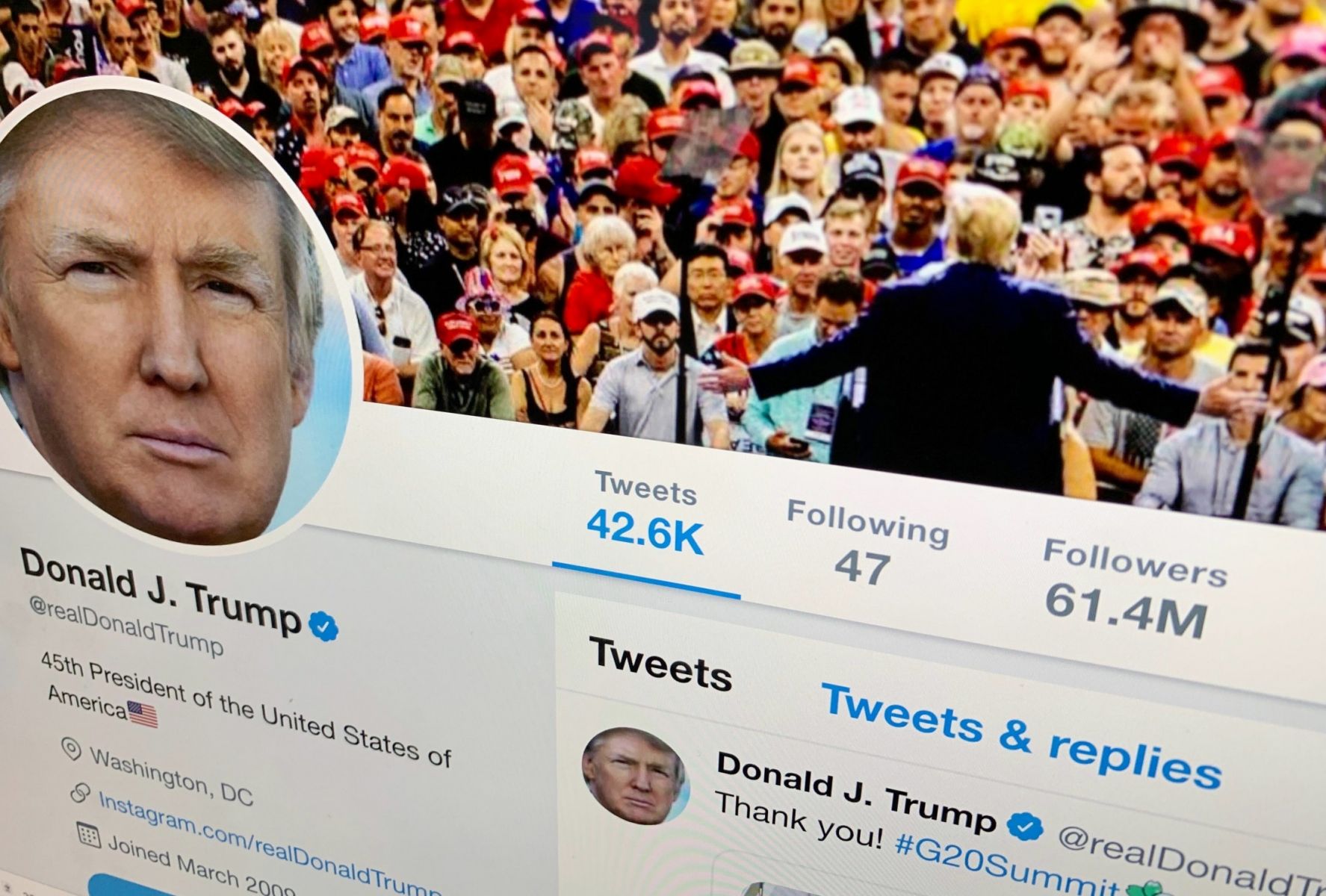 Twitter's decision to permanently ban Donald Trump's account following the storming of Capitol Hill on Wednesday continues to fuel fierce debate, with supporters and critics divided over the fate of the cornerstone of the US value of free speech.
Republicans, many of whom use Twitter, have condemned Trump's blocking and said conservative beliefs and opinions are being censored.
“The censorship by major social media of American citizens puts the US on par with communist countries such as China and North Korea,” Montana Senator Steve Danes tweeted.
The president's son, Donald Trump Jr. said, "Free speech is dead and controlled by left-wing leaders."
The blocking of Trump's accounts came two days after the US Capitol was heavily attacked by supporters of the president, who for months challenged the election results and urged his supporters not to recognize Biden's victory.
The two tweets posted by the president on Friday were the last straw. Trump tweeted that his supporters "will have a GIANT VOICE for a long time to come," and said he will not be attending Joe Biden's inauguration. Twitter stated that the tweets "are likely to encourage and inspire people" to repeat the Capitol attacks.
For years, there has been debate about the role that social media companies should play in content moderation.
“[First Amendment] does not entitle anyone to a specific platform, publisher or audience; in fact, it protects the right of individuals to choose what they want to say or hear, ”said Mary Ann Franks, professor of law at the University of Miami, on Twitter. However, Section 230 of the Communication Integrity Law exempts social media platforms from legal liability for user-generated content. Republicans, including Trump, say Congress can restrict companies on social media by reforming the law.