Main » News and comments » 2015 » Why does Ukrainian mass media take The Hague court in quotes? Commentary of a specialist.

Why does Ukrainian mass media take The Hague court in quotes? Commentary of a specialist.

Why does Ukrainian mass media take The Hague court in quotes? Commentary of a specialist.
7360
Administrator Administrator 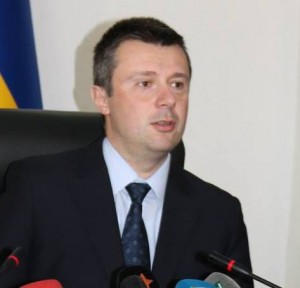 S.Starenkiy, ex-head of State penitentiary service, shared his opinion concerning the refusal of The Hague court to consider shootings on "Maidan" as crimes against humanity.

Hague court was chosen absolutely right, because shootings on Maidan were indeed signs of crimes against the humanity.
At the moment the determination of crimes against humanity is given in Rome Statute of the International Criminal Court.
However the court's decision was not in favor of Ukraine, but mass human rights violations, among which was also a right to live, have been fixed.

I can explain this with the fact that legal support of this and other international processes from Ukraine's side is on a low-level. This is a full profanation from a side of Ministry of Justice, which provides it.
Look at how these things are happening within Ukraine. There's a problem, which is voiced by the public prosecutor's office as a position of heads of state, concerning some event. They report to the public-"WE'VE OPENED CRIMINAL PROCEEDINGS". People take it as a victory of legal validity- the criminal is behind bars!

What happens next is not reported to people. And things, which happen, are manipulations and agreements with court. Or under the pretext of "Political reasonability" or with a help of the judges being blackmailed, a necessary for government solution has been forced. International courts work a little differently. And this, I think, became the greatest disappointment for state's current main lawyers in the face of the Ministry of Justice. The court assesses legal positions of sides, but not Ukraine's "Political reasonability". The court adjudicates under the " Name of Humanity" and under the "Name of Ukraine"!

You can't "come to the agreement" with this court, can't blackmail it with non-renewal of authority or put pressure on it with High Council of Justice.
You need to work painstakingly, prove, justify LEGAL position.

But, honestly speaking, all other state institutes (public prosecutor's office, MIA,courts) didn't do anything to fix the evidence on this case. We still don't know, who was shooting and under whose order?
Each crime has components- object, subject, objective side, subjective side. This is a principle of law! In this case there are two components missing- subject and subjective side. Court fixed that there were crimes, human rights violation-but it can't determine who and of what is blamed, if this fact is covered up (on purpose or not) by the applicant himself! Hague court can't be a "forfeit"!

This case is lost because of the incompetence of Ukrainian side.
That's why the government is now trying to compromise the idea of The Hague tribunal itself. Because-it was not that serious. From here come episodes like disparaging quotes around the name. People must know that this is worth their attention and indignation. They make you understand, that that is not a court but Chapiteau, you don't need to think over it, just smile.