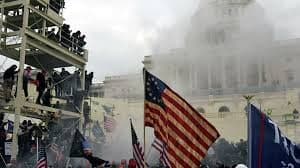 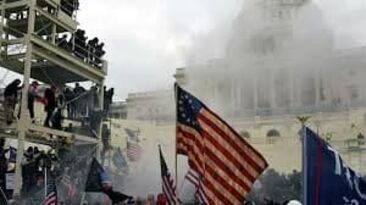 At least four people were killed during the riots outside the US Capitol on Tuesday, according to Washington police.
According to law enforcement agencies, three people died as a result of not receiving emergency medical care. One woman was shot dead by the Capitol police.
"We do not know the cause of death - we believe that it is some kind of medical problem," - said on Tuesday evening the head of the Washington Metropolitan Police Department, Robert Conti. "The victim with a gunshot wound ... she was taken from the scene to the district hospital."
According to the chief of police, at least 52 people were arrested, mainly for violating curfews.

Are eternal meanings subject to fashion?

19.10. In Geneva, the sixth round of negotiations started within the drafting group of the Syrian Constitutional Committee. The UN Special Representative for Syria stressed that the members of the drafting group are ready not only for reform, but also plan to start work on drafting the text of the draft basic law.
news.un.org
19.10. EU foreign ministers are discussing the possibility of imposing new sanctions on Belarus, including airlines, in response to what Brussels calls Minsk's "deliberate policy" of smuggling thousands of illegal migrants across the border to the EU. Poland is already preparing to build a wall on the border with Belarus.
ukrainian.voanews.com
19.10. EU leaders meet this week to discuss a proposed “toolbox” of measures put forward by the European Commission to address surging energy prices. Poland urges ‘postponement’ of EU climate plans amid rising energy prices.
www.euractiv.com
Show all