Main » News and comments » 2021 » The fight against the oligarchs and the victorious battle of Usyk: Top-5 events of the week

The fight against the oligarchs and the victorious battle of Usyk: Top-5 events of the week

The fight against the oligarchs and the victorious battle of Usyk: Top-5 events of the week
584
Administrator Administrator 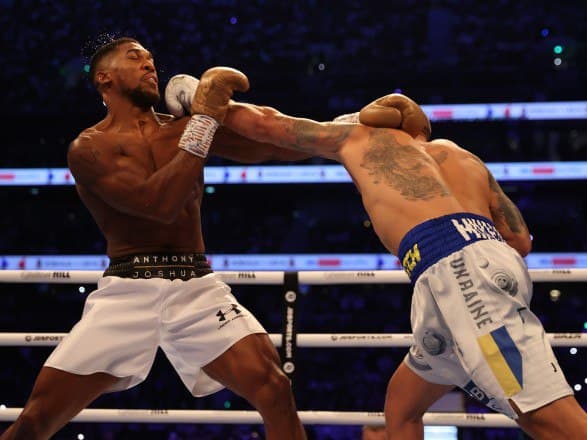 1. The Verkhovna Rada on Thursday supported the draft law of the so-called. "law on de-oligarchization". A total of 279 people's deputies voted for the bill at a meeting on Thursday, of which 229 were representatives of the Servant of the People faction.

2. An attempt for assassination has been made to assistant to the Ukrainian President Volodymyr Zelensky . On Wednesday, September 22, Sergei Shefir's car was fired upon near the village of Lesniki near Kiev. He himself was not injured, his driver was injured.

3. French President Emmanuel Macron agreed to return the French ambassador to the United States after a conversation with US President Joe Biden amid the scandal over a contract for submarines for Australia.

4. Chinese real estate giant Evergrande announced that it would avoid default, although at the beginning of the week the markets were shocked by the news that the company, which had accumulated $ 300 billion in debt, would not be able to pay them off.

Why the West allows lawlessness in Ukraine

26.10. In 2020, the concentration of carbon dioxide (CO2) reached 149 percent of pre-industrial levels, and this trend continued in 2021. Experts from the World Meteorological Organization (WMO) note that the temporary reduction in new emissions due to the economic downturn caused by COVID-19 did not have a noticeable effect on the levels of greenhouse gases in the atmosphere and on their growth rate.
news.un.org
26.10. Turkish President Recep Tayyip Erdogan has rejected the idea of expelling ambassadors from Germany, the United States, France and seven other countries. President Erdogan believes that the ambassadors of the ten states "took a step back" and refused to interfere in Turkey's internal affairs.
www.dw.com
26.10. 75% of respondents believe that the Ukrainian diaspora should be a diplomat of Ukraine in the world, to promote the state abroad (Survey on "Awareness of Ukrainians about the diaspora and attitudes towards it").
ukrainian.voanews.com
Show all