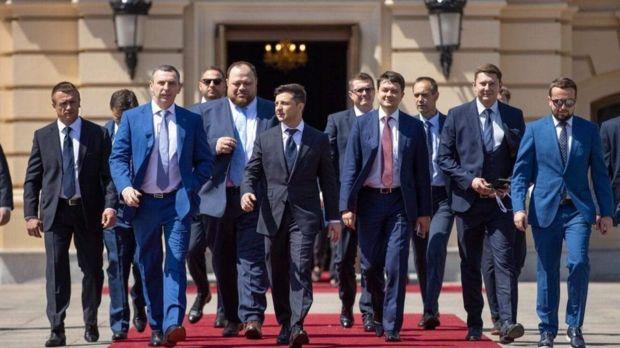 1. President of Ukraine Vladimir Zelensky fired the head of his office, Andrei Bogdan, who was considered to be one of the most influential people in the country. The former lawyer of oligarch Igor Kolomoisky was replaced by former lawyer and film producer Andrei Yermak, an assistant to the president, who organized Zelensky’s meeting with Vladimir Putin and prisoner exchanges betwenn Russia and the Donbass.

2. From February 14 to February 16, the annual Munich Security Conference will be held in Germany. It is assumed that V. Zelensky will speak at one of its events. On the first day of the conference, a document “12 steps to achieve peace in Ukraine” appeared on its website, which, in particular, called for the softening of sanctions against Russia.

3. On February 13, Turkish National Defense Minister Hulusi Akar said on Thursday that Ankara is sending troops to Syrian Idlib to gain control over the region. This step can lead to a sharp aggravation of the situation in the region.

5. According to the State Health Committee of China, the number of confirmed cases of coronavirus infection in mainland China reached 68.5 thousand, of which 1665 died, 9419 were cured and discharged from hospitals.