Main » News and comments » 2021 » Blinken called Germany the best friend of the United States, but hinted at disagreement

Blinken called Germany the best friend of the United States, but hinted at disagreement

Blinken called Germany the best friend of the United States, but hinted at disagreement
1199
Administrator Administrator 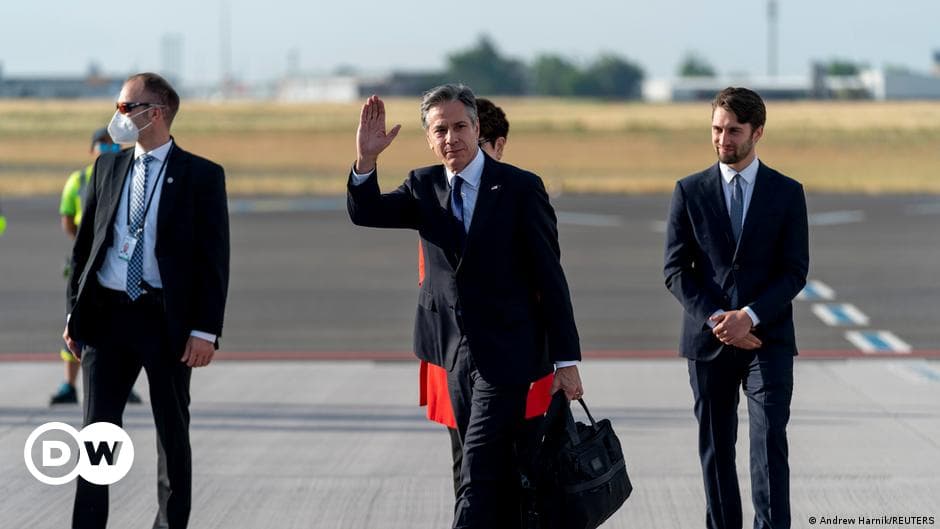 US Secretary of State Anthony Blinken arrived in Germany on Wednesday and made it clear that maintaining good relations with Berlin will be one of Washington's top priorities. “I think it's fair to say that the United States doesn't have a better partner, a better friend in the world than Germany,” Blinken said. He is scheduled to meet with Chancellor Angela Merkel and Foreign Minister Heiko Maas.
This is his second visit to Europe in just seven days, as he accompanied President Joe Biden to the leaders' meetings at the G7 and NATO summits.
At a joint press conference with E. Blinken, German Foreign Minister Heiko Maas said that he sees "a good chance" to complete negotiations on the resumption of the nuclear deal with Iran. “As far as the Vienna talks are concerned, they are not easy - this has become clear in recent weeks,” Maas told reporters. “Nevertheless, we are moving forward step by step in each round of negotiations and believe that in the context of the [Iranian] presidential election, there is a good chance of completing them in the foreseeable future,” he added.
Maas said there are still "several technical issues" to be resolved on the 2015 deal. “In any case, we are convinced that it is worth supporting the negotiations to thus revive the JCPOA,” he added, referring to the Joint Comprehensive Plan of Action, commonly known as the Iranian Nuclear Deal.
During a press conference, Blinken said that the Russian-German project of the Nord Stream 2 gas pipeline undermines the security of Ukraine. The pipeline, which is now about 95% ready, will double Russian gas exports across the Baltic Sea directly to Germany. “Our goal remains to ensure that Russia cannot use energy as an instrument of coercion as a weapon against Ukraine or anyone else in Europe,” Blinken said. That said, in May, the United States lifted sanctions on the German pipeline-building firm, the company's German CEO, and several other executives.
In connection with disagreements on this issue with Germany, the US Secretary of State noted that "this sometimes happens between friends." For his part, Maas said that a solution must be found that would suit both Germany and Washington. According to him, a large number of options are currently being discussed, and the planned visit to the United States of German Chancellor Angela Merkel in July is a good opportunity to achieve a result.
In addition, after negotiations with the US Secretary of State, Heiko Maas stressed the importance of implementing the Minsk agreements and continuing the dialogue in the format of the Normandy Four and said that work in this direction continues, including in dialogue with the United States.

Sanctions against Firtash, Biden-Putin Summit: Top 5 Events of the Week