Americans see China as an enemy # 1 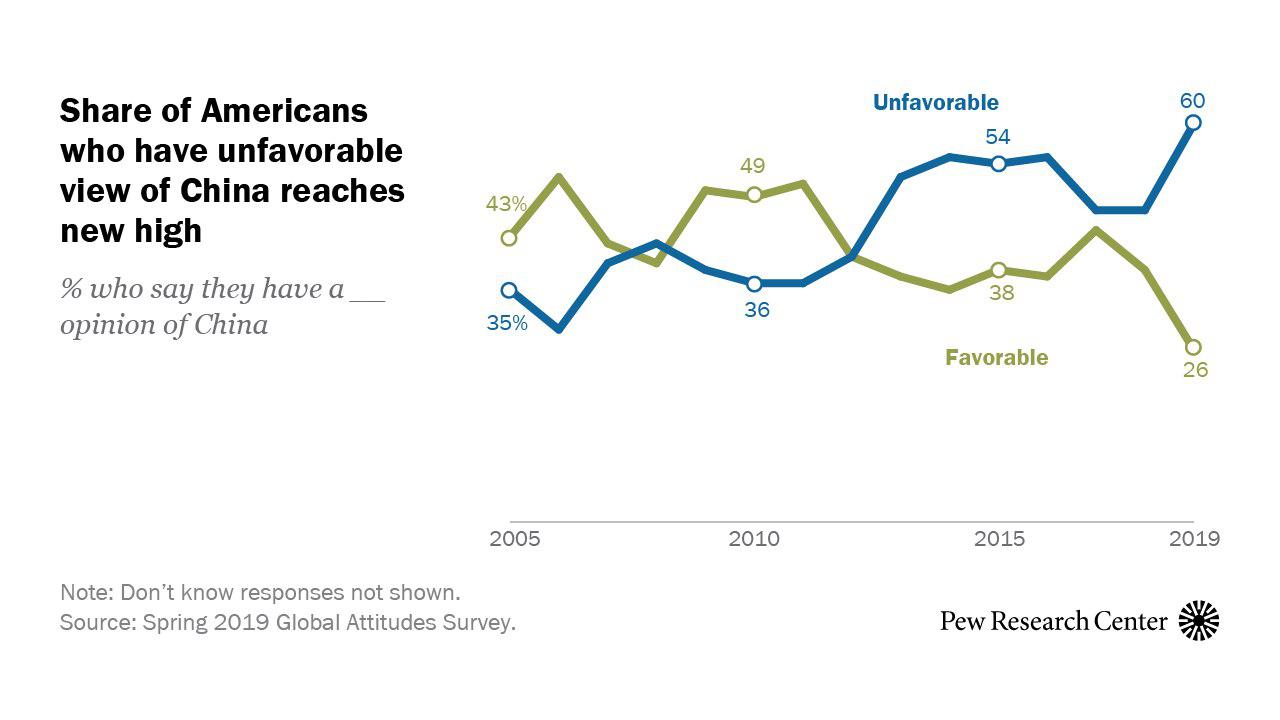 Over the past year, the United States and China imposed sanctions on each other, and now the United States levies an additional tax on Chinese goods worth more than $ 250 billion. Despite periodic high-level meetings designed to defuse trade tensions, the results of a new Pew Research Center poll show that Americans consider economic ties between China and the United States to be bad. And against the backdrop of these economic concerns, the unfavorable opinion of Americans about China has reached a 14-year peak. Today, 60% of Americans have an unfavorable opinion about China, compared to 47% in 2018, and this is the highest level since the Pew Research Center began to ask a similar question.
Americans are also increasingly seeing China as a threat. About a quarter of Americans (24%) call China the country or force that poses the greatest threat to the United States in the future (twice as much as in 2007). Even Russia, which has not left the media for several years, causes less concern. Another country whose threat is measured in double digits is North Korea (12%).