Representatives of UISGDA on the World Public Forum “Dialogue of Civilizations” (October 8-12, 2015) 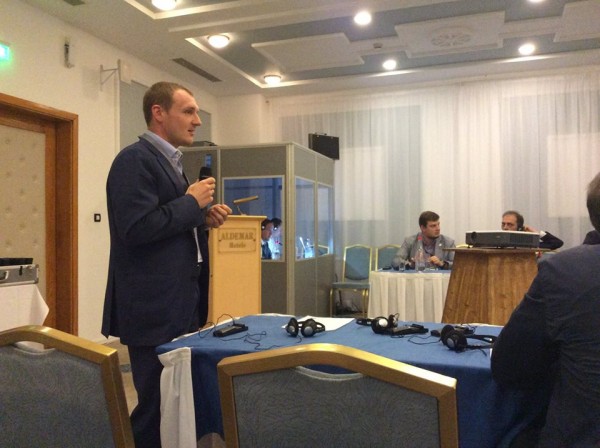 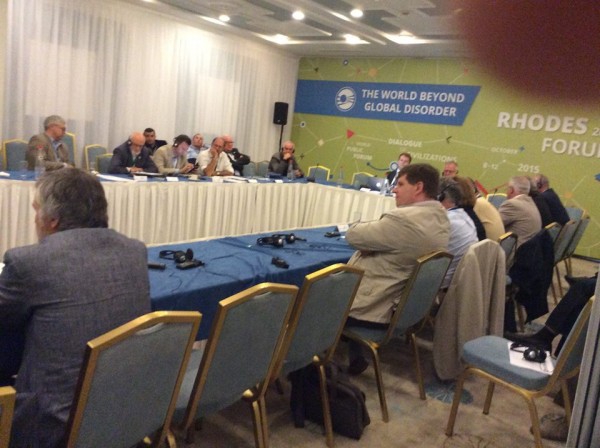 Representatives of the Ukrainian Institute of strategies of global development and adaptation were participants of the World Public Forum “Dialogue of Civilizations”, which was held on the Greec island Rhodes from 8 to 12 of october, 2015. The main topic of this year Forum was “The World beyond Global Disorder”. Victor Levytskyy, Director of UISGDA, made a presentation of the Institute`s research of one of the most acute problems of modern Europe — the systemic crisis in Ukraine and armed conflict that continues in the East of our state. Report of Victor Levytskyy took place on the section, called Past and Future of European Security in the Aspects of Dialogue of Civilizations. One of co-moderators of this workshop was former Secretary General of Council of Europe, Walter Schwimmer, and among the participants of this event were prof. Piotr Dutkiewicz from Carlton University (Canada), prof. Richard Sakwa from University of Kent (Great Britain), experts from Austria, Canada, Great Britain, Russia, Germany, Italy and other countries.

Concept of the competition of globalization projects, problem of the controversy and clash of the secular Western project and pro-religious projects, for example Islamic and Russian — the main ideas of V. Levytskyy's report, which generated real interest of the participants of workshop, were discussed as well on the section, as on the sidelines. Also Victor Levytskyy focused on the necessity of developing methodology and creating an international platform for discussion of fundamental values, rights and freedoms.

Victor Levytskyy: “Methodology of secularization theory allows to consider modern world system as a result of gradual laicization of Western civilization, which exports secular forms of social activity and thinking to other cultural areas. As a result of filling of these forms with religious content, projects of global development arise which are alternative to modern and are based on different values and ideological grounds. The conflict in Eastern Ukraine and the middle East represent an acute (military) form of collision of secular (modern) and religion-motivated civilizations (project of the Russian World and the Islamic project, respectively). Research on the development pattern of the East-Ukrainian conflict carries inference of a new stage of globalization – unification and competition of values and ideas”.

24.02. The UN General Assembly held a meeting devoted to the "situation in the temporarily occupied territories of Ukraine."
news.un.org
24.02. In Ukraine, for the first time, the share of those who prefer the Internet as a source of information exceeded the share of those who prefer television (51% of Ukrainians surveyed prefer the Internet, 44% - television, 2% - radio and press) - Research & Branding Group poll.
www.epravda.com.ua
24.02. In Ukraine, in the context of the COVID-19 pandemic, adaptive quarantine with four levels of epidemiological danger began to operate again: "green", "yellow", "orange" and "red". As part of adaptive quarantine, a "yellow" level of epidemiological danger has been introduced in most of Ukraine.
www.dw.com
Show all