Main » News and comments » 2020 » 75 years of Victory, Parasyuk admitted executions on the Maidan: Top 5 events of the week

75 years of Victory, Parasyuk admitted executions on the Maidan: Top 5 events of the week

75 years of Victory, Parasyuk admitted executions on the Maidan: Top 5 events of the week
1459
Administrator Administrator 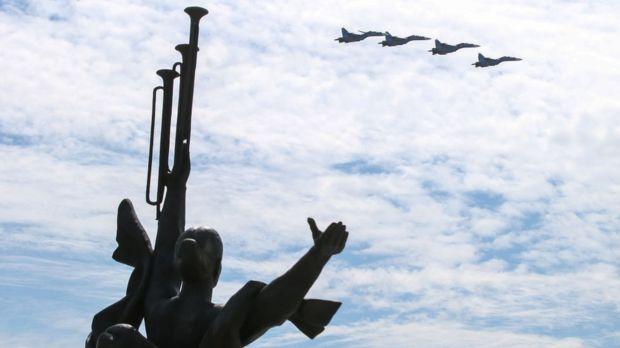 1. The world hosted events dedicated to the 75th anniversary of the victory over Nazi Germany. Many mass events were canceled or postponed due to quarantine, however, a military parade was held in Minsk.

2. The Cabinet of Ministers of Ukraine adopted a decision on easing quarantine measures starting on May 11. At the same time, quarantine was extended until May 22, 2020. On May 10, 4 million 117 thousand people fell ill with the new coronavirus in the world, 280 thousand died.

3. Vladimir Parasyuk admitted in an interview that he personally and several other protesters fired at law enforcement officers on February 20, 2014.

4. The former head of the Odessa State Administration and the former president of Georgia, Mikhail Saakashvili, has been appointed head of the executive committee for reforms of Ukraine. The decree was signed by Vladimir Zelensky. In response, Georgia recalled its ambassador from Ukraine.

5. The IMF is changing the format of support for Ukraine. If earlier Ukraine hoped to get a structural reform program (EFF) for a period of 36 months and a volume of about $ 8-10 billion, now we are talking about a short Stand By program (18 months) and less funding.